Our poor fence started falling down almost as soon as we moved in. Many of the posts had become rotted through at the base, and once the dogs started leaning on the fence, it’s days were numbered. I figured early on that the solution was to simply replace the rotted out posts with metal poles. Simple right? Ha! 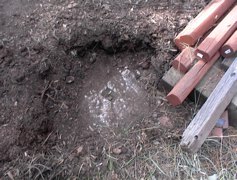 The posts were set in concrete. A lot of concrete. This normally wouldn’t be so bad, except the soil in our area isn’t so much dirt as it is a low grade concrete itself. It’s primarily clay, with a ton of large and small rock in it. Concrete. My first attempt to remove one of the old footings resulted in a month and a half of banging on it with a pry bar and pick axe. You have to excavate a large space around the concrete before you can attempt to break up the footing and pull out the pieces. I started this about a year and a half ago, and after getting one out, decided I needed another aproach.

In the intervening time, Angela graduated from PT school, and got a job. Now she’s done with that one and we’re pretty much set on moving. So now we MUST fix the fence. Somehow I managed to con.. convince yeah, convince my family into coming up to Flagstaff and helping. So my mom, dad, and one of my brothers came up and we went at it in ernest. 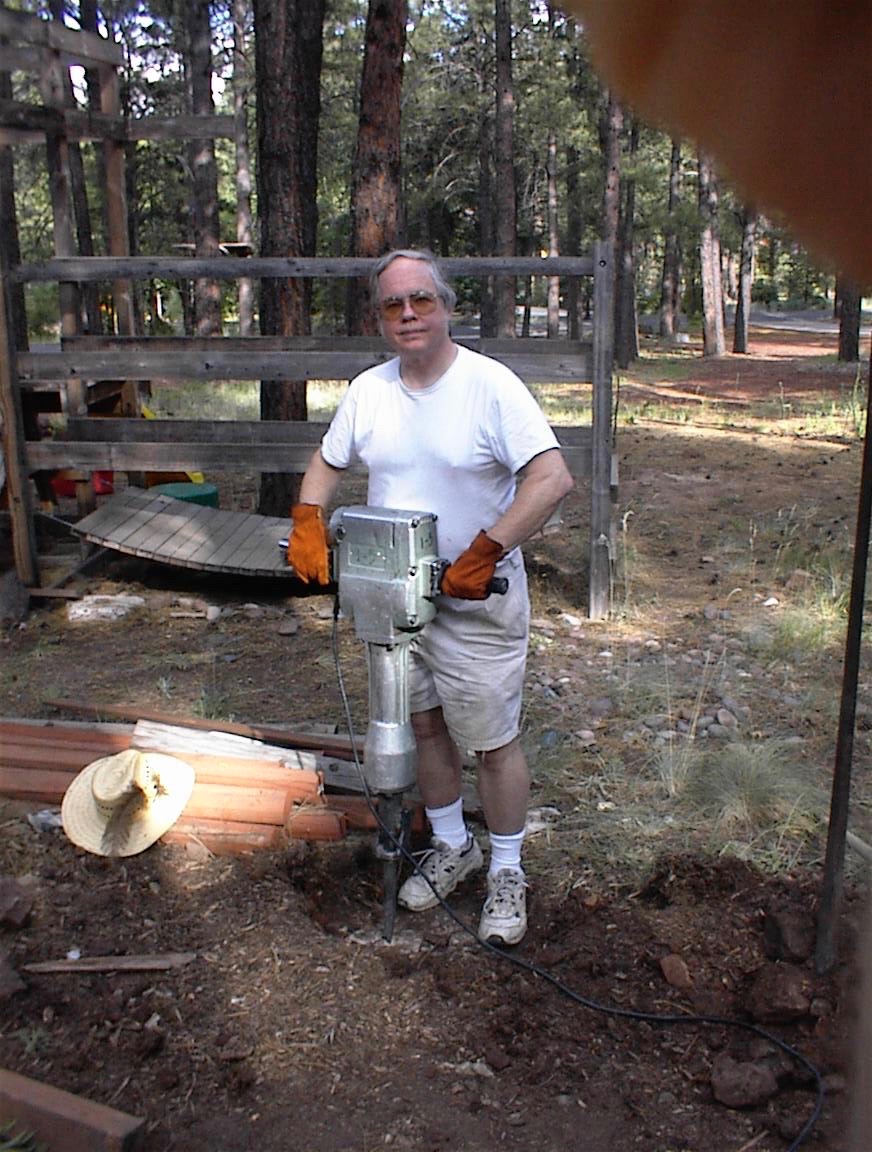 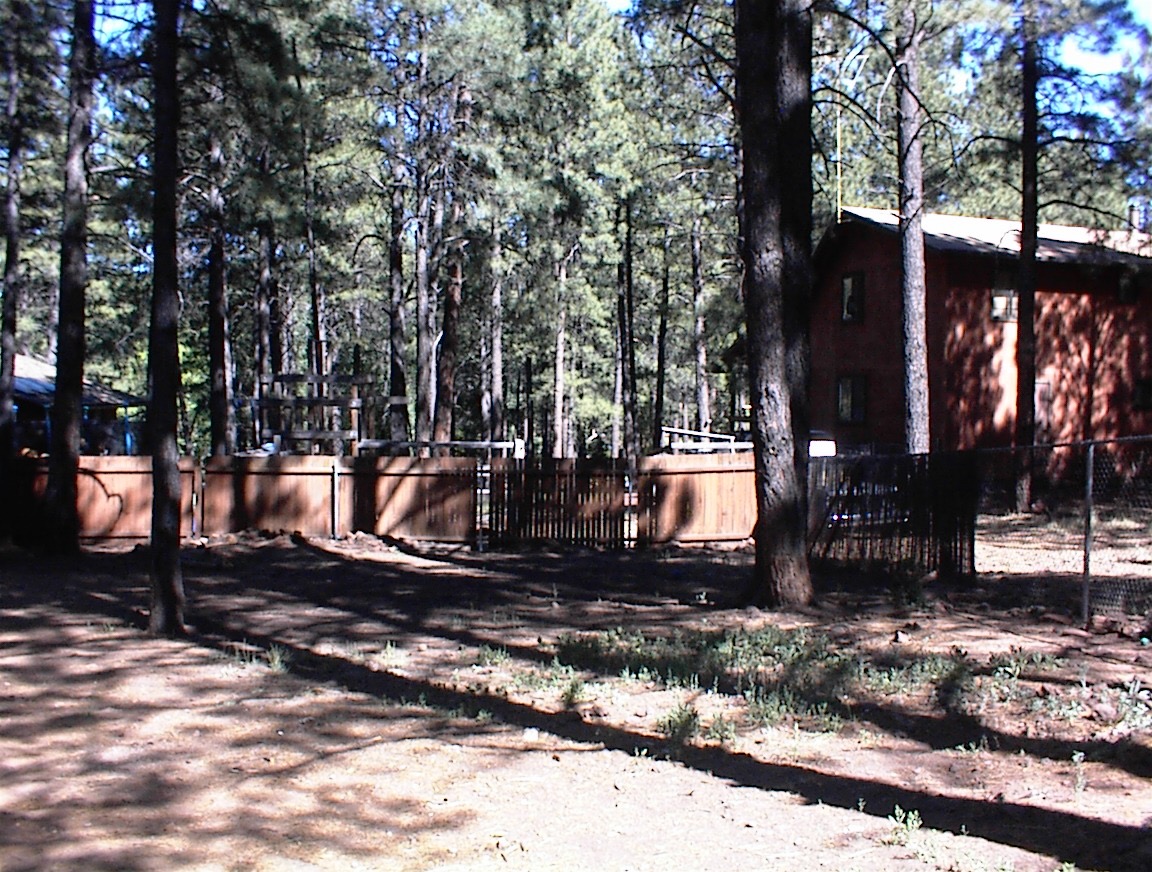 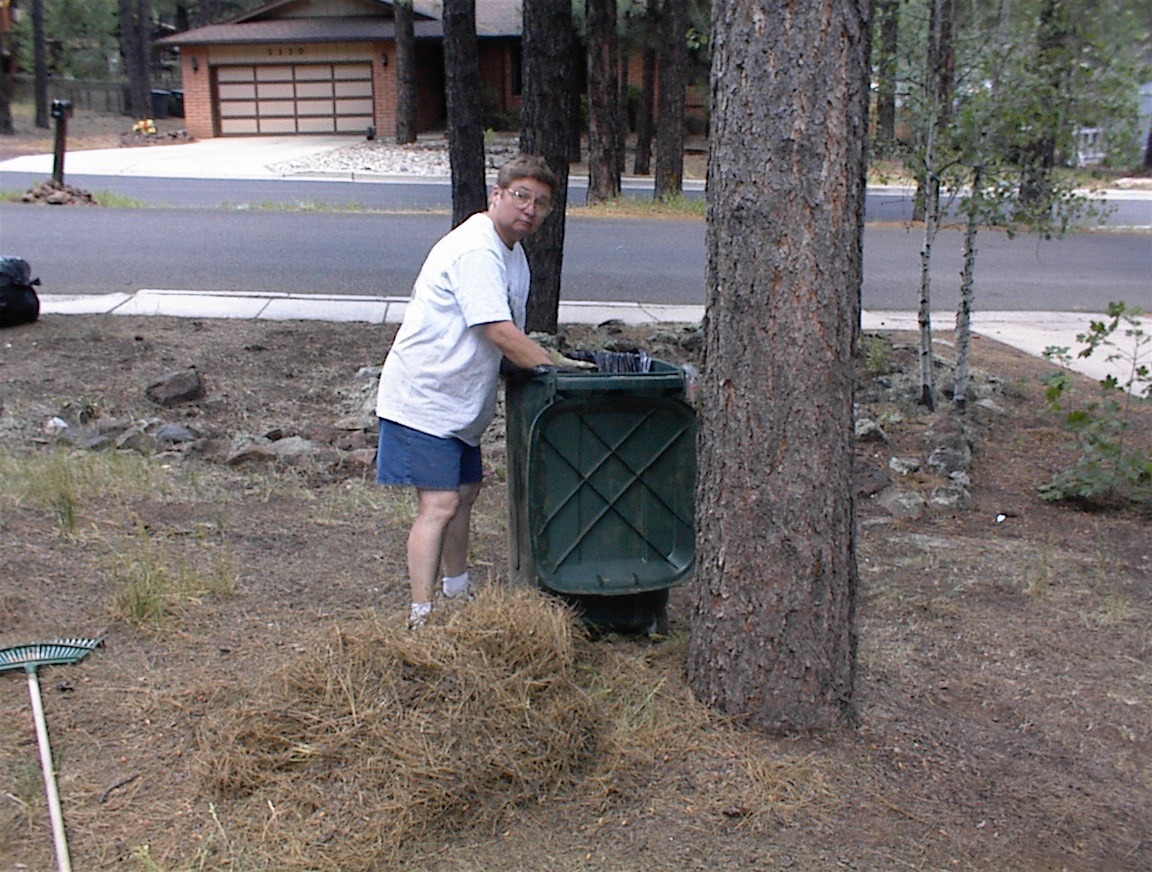 This time I decided we needed some mechanical help. Enter the jackhammer rental place. for about $100 you get a 75 pound electric jackhammer for 24 hours. This thing was pretty nice. It’s heavy as all hell, and schlepping it around was a pain. It just powered through the concrete (both the dirt and the footings). There were two sections of fence that needed replacing. We started in the back, where I had completed the first hole. We had 3 more to go back there, and we pretty much busted out the whole footings. Then we moved over to the side fence, and figured that we didn’t really need to remove all of the old concrete, just enough to get the old hole clear so we could set the new poles in them. This turned out to be really nice, and a lot less work. 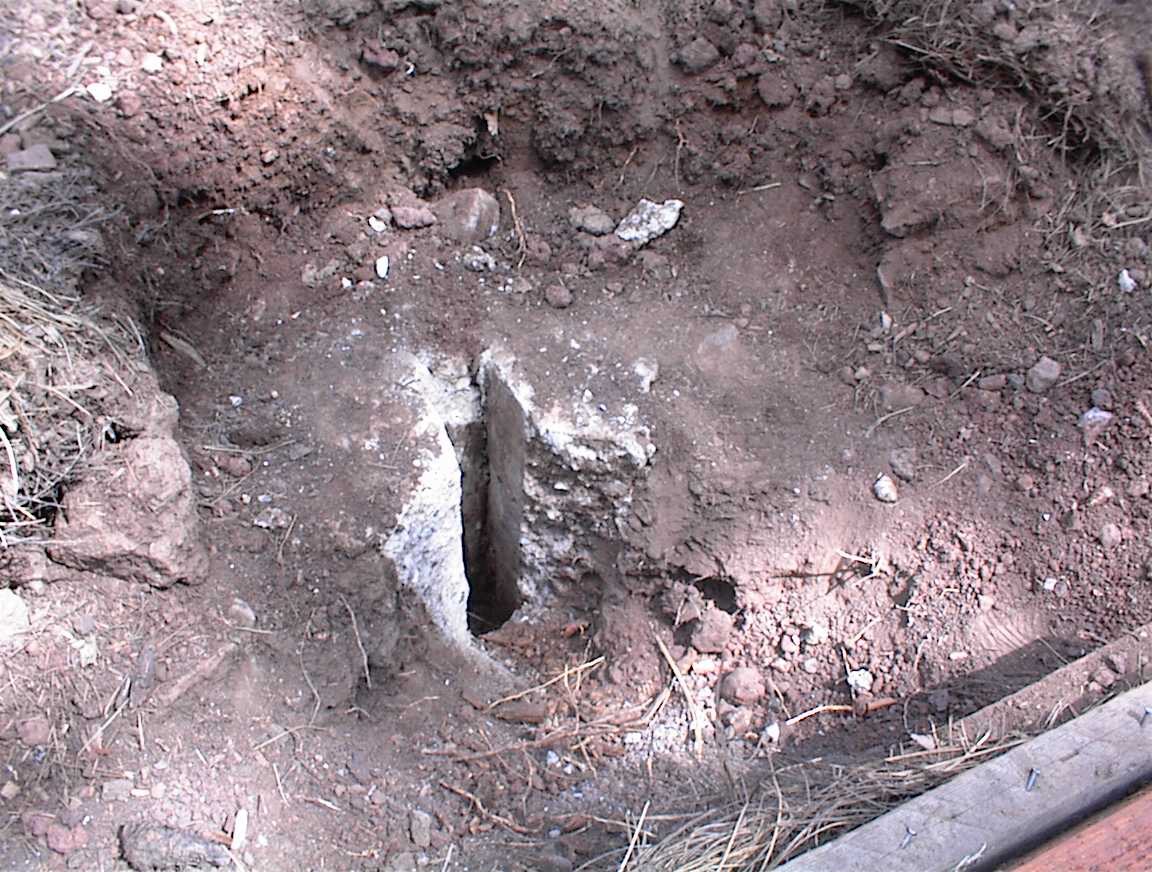 Busting out the old concrete was really the hardest part of this whole project. Once that was done, we got some cardboard forms and fit them to the holes. Mixed up some new concrete, and poured it in around new poles.

After two days, we had excavated all the holes and managed to pour one new pole. My family had to leave, so Angela and I were left with pouring the remaining 6 new poles. We did manage to get 4 of them done in the intervening week, and my family came up again the following weekend to help us finish it all up. 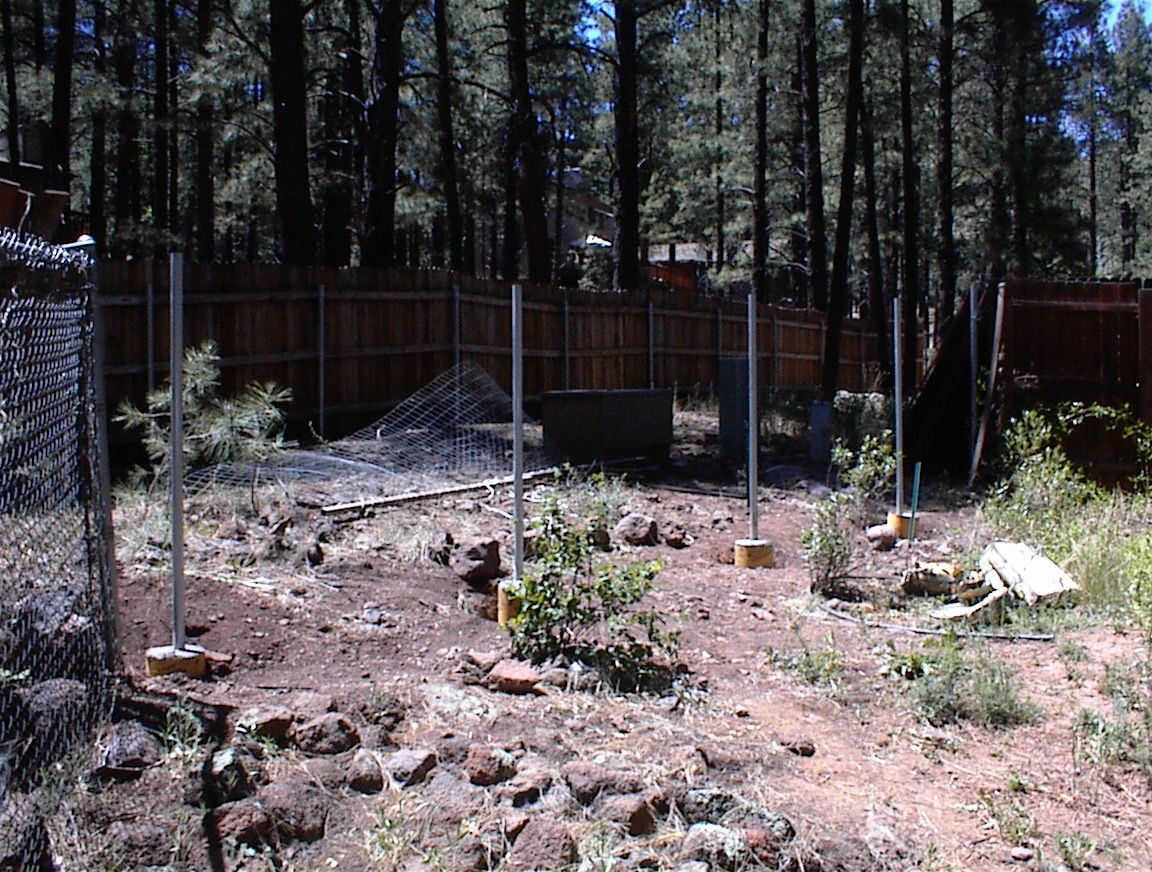 After getting all the poles in, we began to hang up the old fence pannels. Fortunately, the pannels are in pretty good shape, so we could re-use them. After a bit of running around to Home Depot, we finally get all the various parts we need to attach the fence pannels to the new poles and begin hanging pannels. 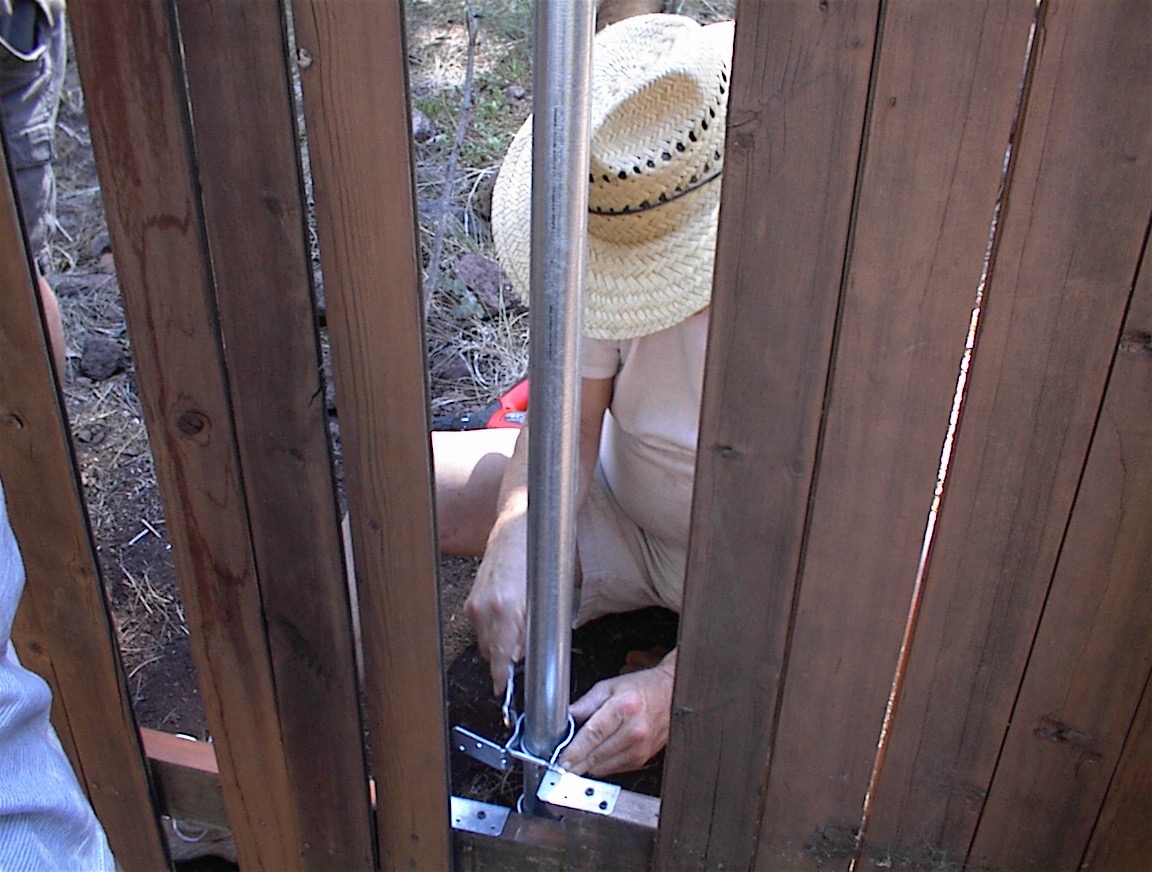 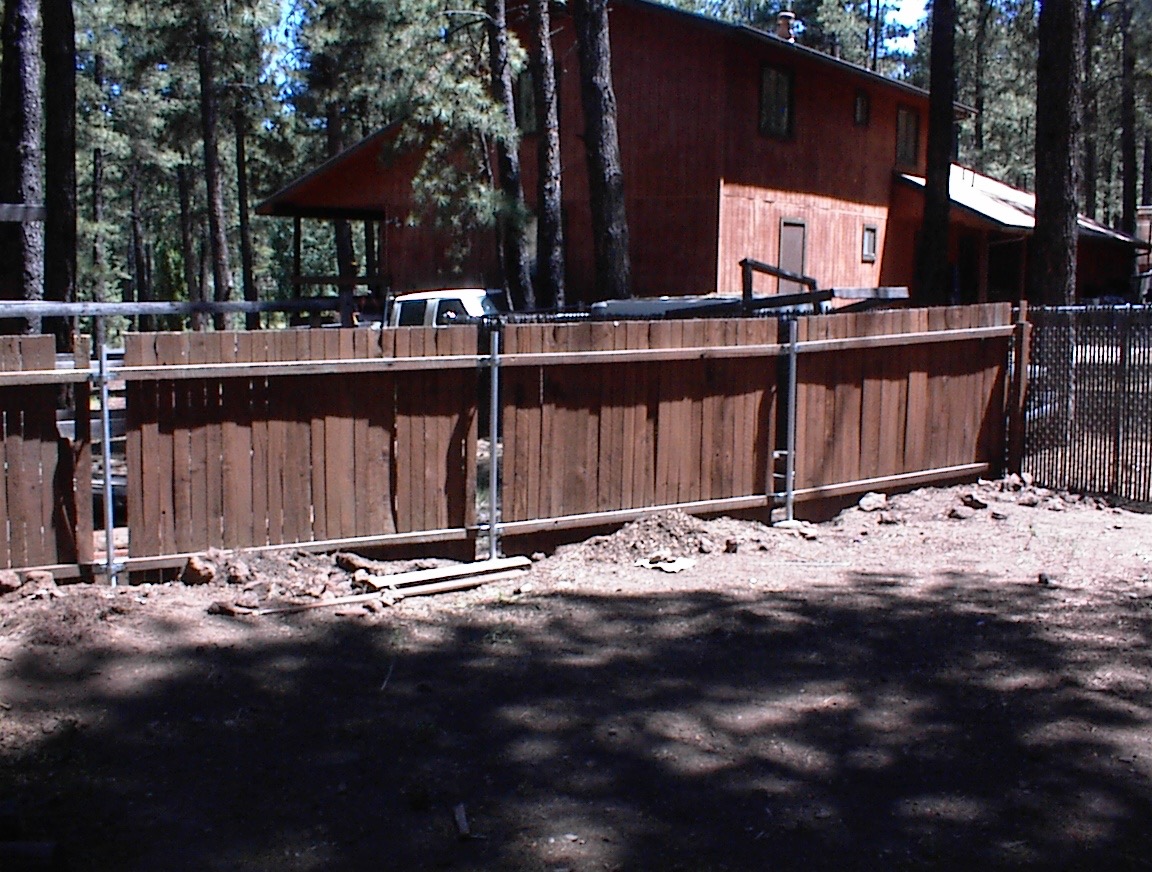 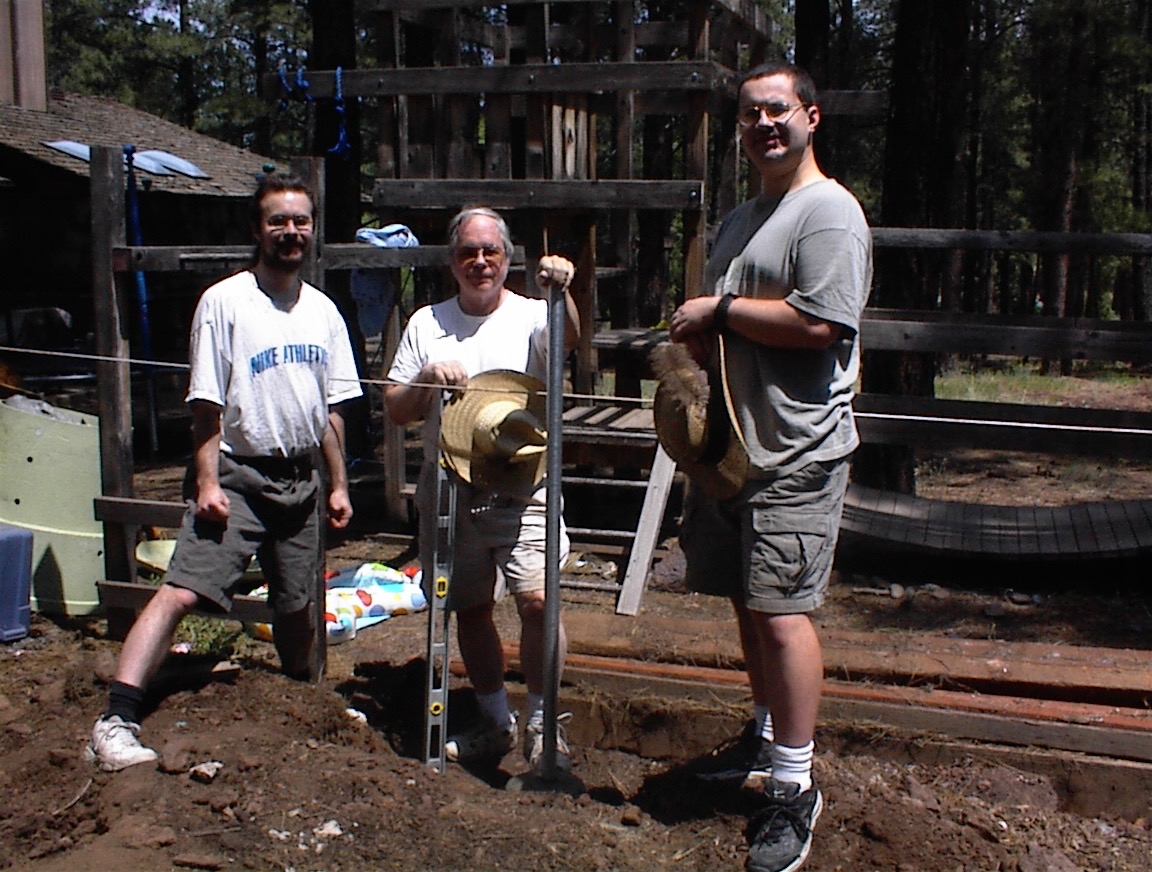 With the pannels all hung, we bid fairwell to my family again. Angela’s parents come up the following day, and we manage to get almost all the remaining slats put into the fence. 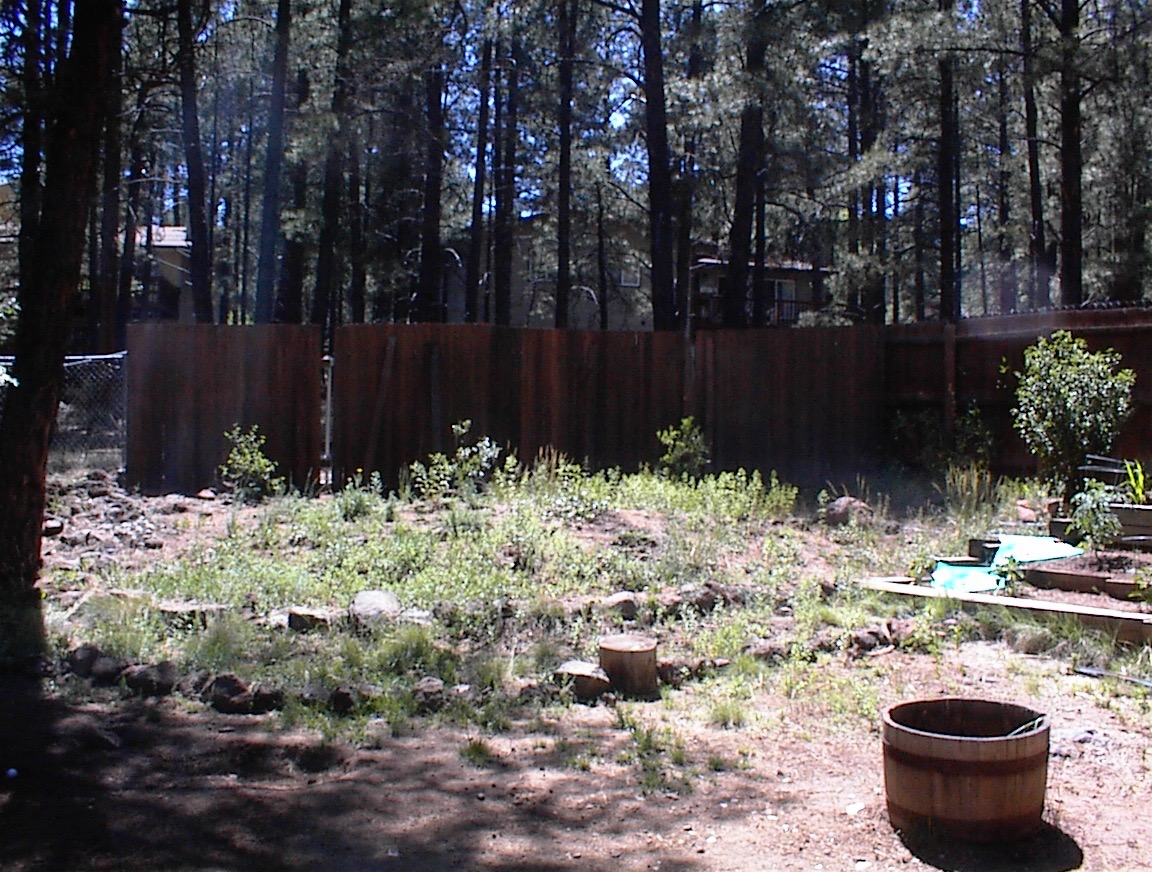 At the end of two full weekends, we now have a nice sturdy fence again, with only a few remaining slats to go in. Those require some trimming since somehow the spaces aren’t quite the right size for any even number set of slats to fit in… oh well.

Next in the What We Had To Do To Sell Our House Saga? Will it be power washing the outside of the house? Painting the inside? Replacing the carpet? Tune in next week!