Sunday, we drove around Lucca and up to Villa Reale. This is one of the many Villas around Lucca that date from the 15th century and later. They reached their peak following Napolean’s conquest of the area. 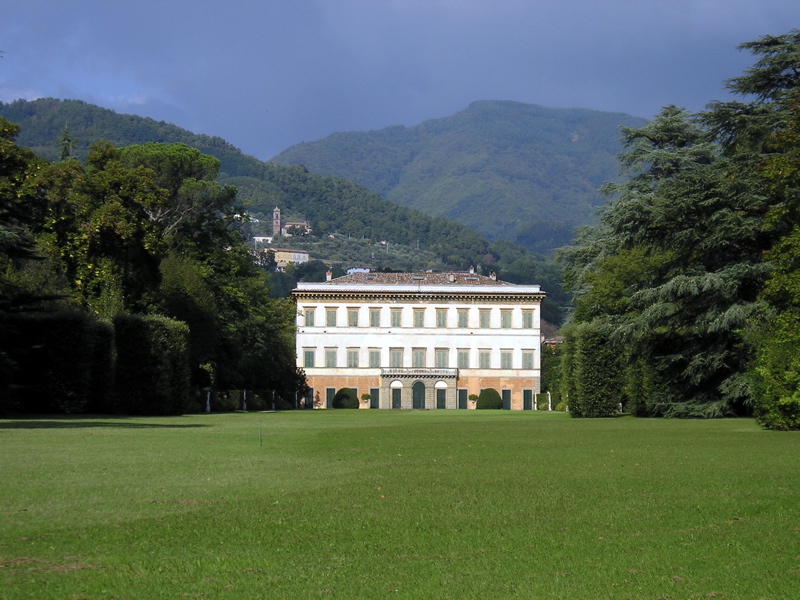 Villa Reale has several houses, a meandering brook and a lake at the lower end. It covers several hundred acres, with numerous formal gardens. The prettiest was the gardenio del Limones, with a swan in the reflecting pool at the upper end.

The wierd one was the gardenia del teatro. A juniper garden trimmed to look like a theater. It was complete with a stage, footlights and the prompters box. The junnipers were trimmed to include the audience seating space and balcony. Behind was the actors’ green room and stage access for the wings. Complete pictures will follow.