After a drive down the western coast of Italy past Livorno and admiring the steep cliffs to the ocean, Carl, Ann, Marty and Dave turned inland and headed for Volterra. This is an ancient city in a land of ancient cities. It was a center of the Etruscan world, and evideence of occupancy date back to the second and third millenia BC. By 800 BC, Volterra was a thriving community, and as late as 200 BC, held a treaty with Rome, supplying the Roman Legions during the Second Punic War with wheat for the soldiers and timber for the fleet. By this time, all the other Etruscan towns to the south had fallen under Roman dominion. 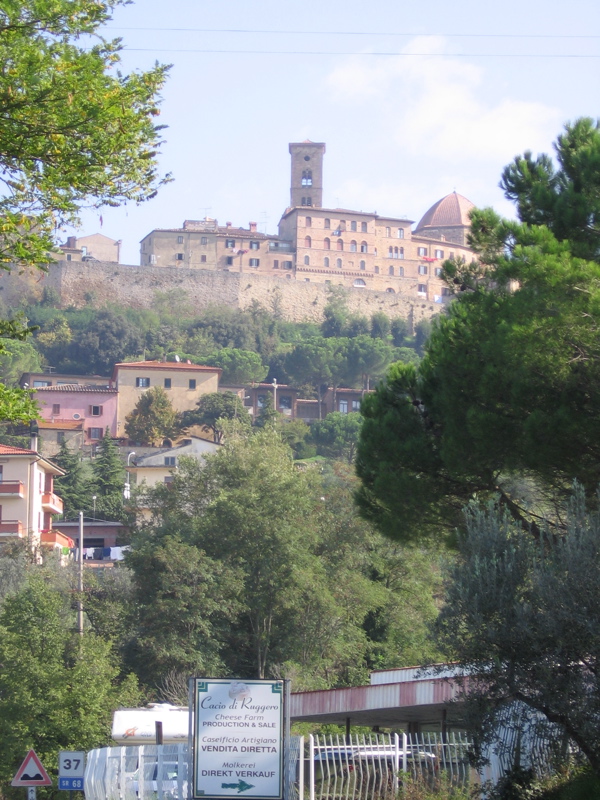 We spent time seeing the world’s most extensive collection of Etruscan burial urns, eating gelato and strolling around the town. One can look out and down for tens of miles in all directions, and see clearly the importance of the location. The Medicis’ understood this, and took the opportunity in 1474 to seize the town during a series of bloody disputes among the Volterran nobles. They then built a fortress that dominates the city to this day. 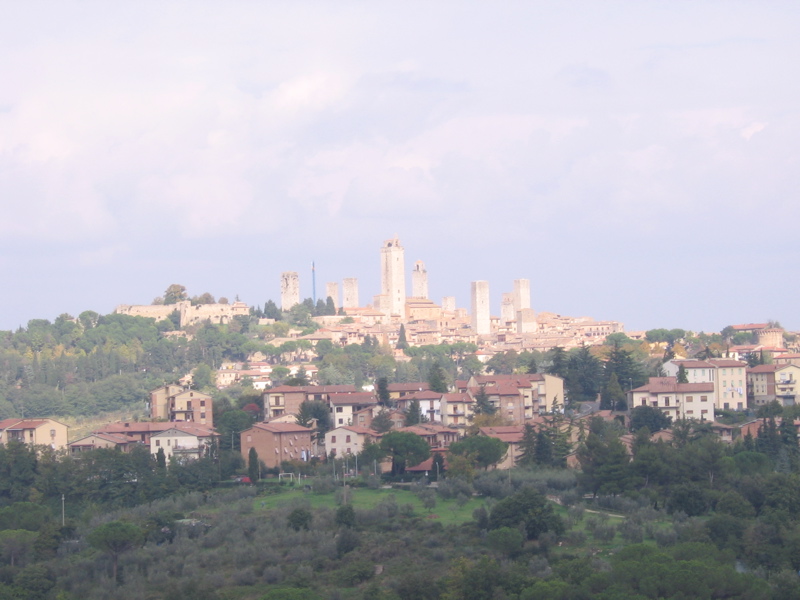 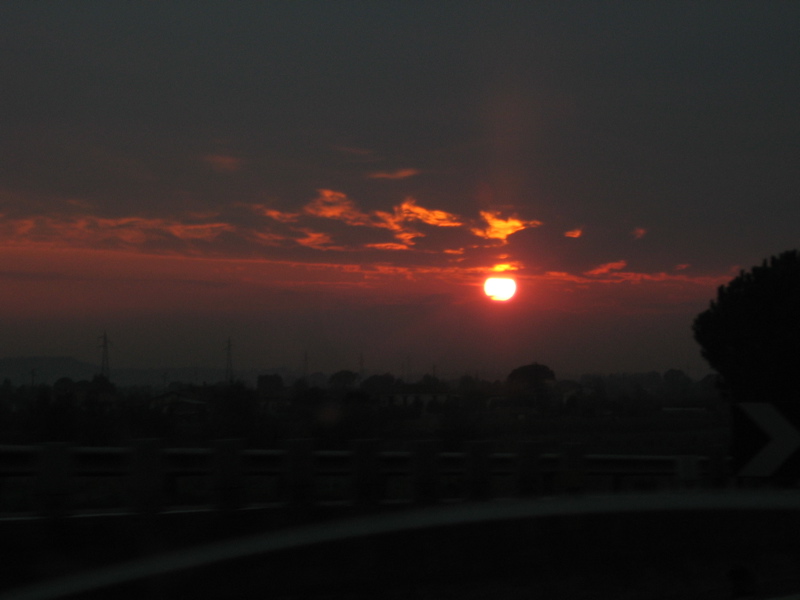 Following this, we wandered to the east and the town of San Gimignano. This is the most visited (touristas) town in Italy, adn we were fortunated that it is October and the season for tours is long gone. We heard that in summer it is wall to wall people and 90 degrees. Again, we wandered through the town, admiring the fourteen remaining Medieval and Rennaisance towers. There were 72 at one point. There are wonderful shops, rivaling those of Paris and Rome, though not to many. One can easily spend a small fortune here. One can easily spend a large fortune here.

Then it was the long trek back to Pisa.